A board game that uses the micro:bit as a modern type of dice that interacts with a handmade legend.

A board game that uses the micro:bit as a modern type of dice that interacts with a handmade legend. 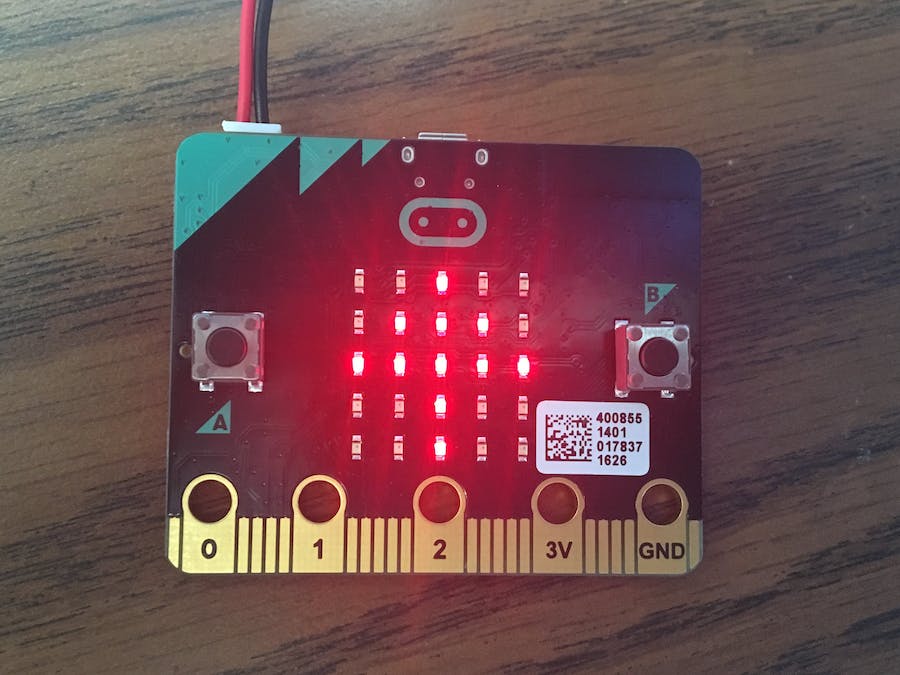 My project is a board game that uses the micro:bit as a dice and is assisted by a legend. I got this idea because I enjoy playing games and wanted to incorporate the micro:bit in to a game. The micro:bit itself is really small and can be difficult to see the led light so I got an idea to use it as a type of dice and not as the game board. This would also give me more freedom in making the game board bigger and the shape I want.

First I used the Spinner lesson on codethemicrobit.com to get an arrow to point in one of the four directions randomly. To code for the arrows and to make them random you do as follows:

Once you finish this part, you start coding for the other arrows but changing the number and LEDs as follows.

The end product should give you an arrow in a random direction on the micro:bit when you press the button A.

Next, you can start coding for the numbers. I want a random number between 0-5 to be produced on the screen when you press the button B. To code for that you do as follows.

To code for the other numbers you change the number and the show number.

Once you are finished with coding the micro:bit should pick a random number and should like this.

After the micro:bit is coded and ready you can make the legend that the arrows will point to. You want to make a total of 4 different directions, one on each side of the micro:bit. The legend should look something like this:

With the micro:bit being in the middle.

On my board, the purple lines are like ladders or chutes and whoever gets to the end first is the winner.