An automated baseball pitch counter with the help of a micro:bit.

An automated baseball pitch counter with the help of a micro:bit. 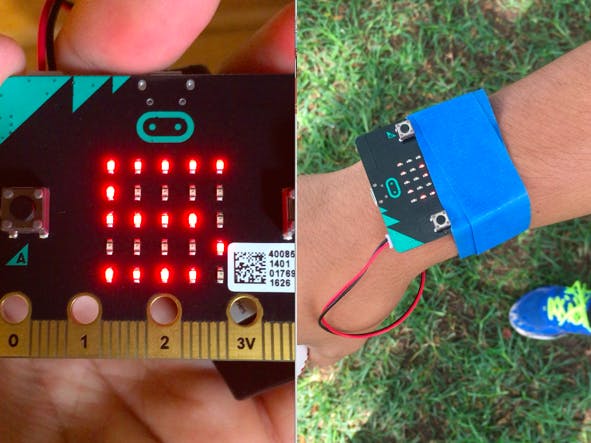 As a baseball player you know that keeping a pitch count is vital to limiting a pitcher's pitches and keeping their arm healthy. The duty is often relegated to one of the players or coaches on the bench. However, as humans, we all make mistakes and they often forget to count a pitch and therefore making the pitch count inaccurate. That's why I decided to create an automatic pitch counter with my micro:bit. It uses an accelerometer to measure if a pitch is thrown and adds one to the amount of pitches thrown.

To start my project, I used the "on shake" block while coding my micro:bit, but I found that it was a little too sensitive and often counted slight arm movements as pitches.

After deciding that using the accelerometer would be the best way to measure if a pitch was being thrown I had to find out the amount of force that is being exerted when throwing a pitch. After several test, I concluded that 3000mg would be a good baseline measurement to count any amount of force above it as a pitch. Common arm movements and shaking does not count as pitches because of the high baseline while even slower pitchers throw hard enough to count as a pitch.

Lastly, I wanted to create a little fun game for the pitch counter to use in addition to just counting the number of pitches thrown. The program also includes a game (with a strength meter) that measures the amount of force in gravitational metric units of force. This feature allows you to see how much quickly your arm is accelerating and it could be a fun way to challenge yourself to throw even harder.

Here is the code (in blocks) and the program in use: