Big shout out for all the ladies who are no damsels in distress but would rather like to have a blast with a blaster and the micro:bit.

Big shout out for all the ladies who are no damsels in distress but would rather like to have a blast with a blaster and the micro:bit. 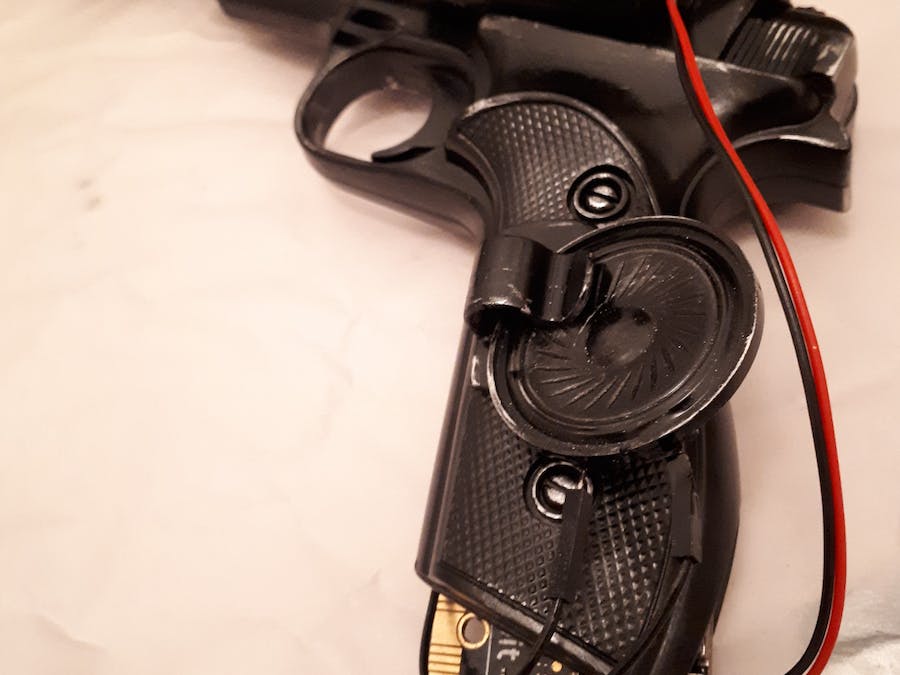 I do love Star Wars and Princess Leia has been one of my first role models as well as a constant companion over many years. So I've decided to pay tribute and build my very own version of her infamous DDC Defender sporting blaster pistol. It's now able to play Princess Leia's theme and emit a ray of red light (sort of).

R.I.P. Carrie Fisher, who drowned in moonlight, strangled by her own bra.

Write the code or copy and download it to the micro:bit via USB.

Start cutting down the barrel (at the muffler) and the bottom of the handheld to access the insides of this toy. Then sand down all parts of the blaster for a better colour adhesion.

Have a look at the schematics and solder the pins as well as the speaker wires to your micro:bit and three fairly long jumper cables to the NeoPixel stick:

Put the NeoPixel stick with attached jumper wires back into the barrel. You can use a long piece of shrinking tube for better adjustment. Build a tunnel for your wires.

UPDATE: Due to a bazillion layers of black spray paint the laser beam is reduced to a reddish glimmer. Better glue the NeoPix stick to the end or attach it on the outside of the silencer.

Hot glue the muffler back to the barrel. I had to use filler since I've cut out too big of a piece. Use even more filler to smoothen the surface filling gaps and holes if neccessary.

Paint the blaster with layers of primer and black spraypaint as you see fit. Let it dry over night. You might want to add another layer of paint. You can even age your blaster with Rub 'n Buff or a silver Sharpie to create a more used look. This tutorial helps a lot!

Attach the jumper cables to the pins on your micro:bit and put it in the hollow handheld. Glue the speaker and a battery holder to the blaster.

May the force be with you.

The initial idea was to use a Raspberry Pi Zero W and write some Python code. Unfortunately I've not been able to sucessfully import the neopixel library. I am still working on it. Besides I still want to add the pew-pew-sound. 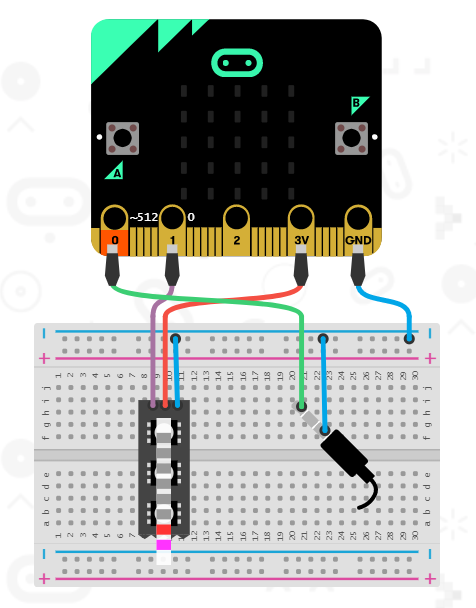 3 projects • 15 followers
working where the wild things are a.k.a. teacher @ primary school
ContactContact