A laser projector made with 25 dot lasers, a micro:bit board, and Ada programming.

A laser projector made with 25 dot lasers, a micro:bit board, and Ada programming.

This project demonstrates a simple laser projector made with 25 dot laser diodes driven by a hacked micro:bit. It is a wearable device to project text messages on any flat surface.

25 Optocouplers are placed on a protoboard and soldered (+micro:bit).

Onboard 25 LEDs are removed and polarity is identified as follows for wiring to the Optocouplers inputs. ( "-" to Cathode and "+" to Anode )

A protoboard is added to breakout the I/O pins of micro:bit for future development.

Original Idea was to use 25 Laser diodes but 20 Lasers (4 Columns) is enough to display and project scrolling text.

After few episodes of painful soldering -

From this link : https://www.adacore.com/download, following two exe files are downloaded and installed on a Windows PC.

Opening an example project in GNAT

Starting with an existing example code for Microbit

The hardest part of this project was to align the laser beams. It's literally a nightmare. Beware of that ! (Also, soldering 200+ joints was a huge pain)

Following "+" code can be used to align the beams against the center beam to adjust dot spacing and angular position.

I wish I didn't start this project!
Read more 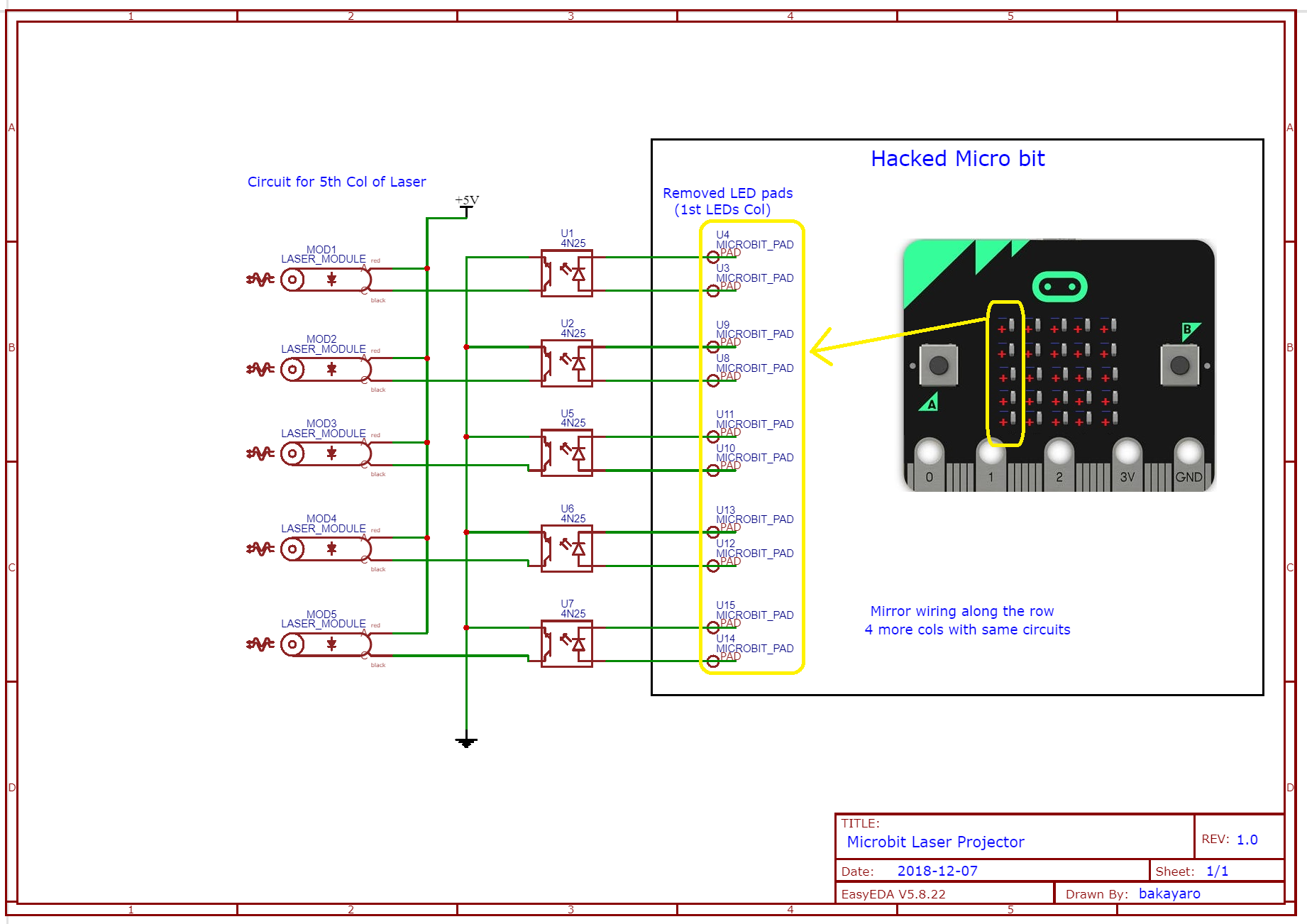 63 projects • 236 followers
"What Kills a 'Great life' is a 'Good Life', which is Living a Life Inside While Loop"
ContactContact
Thanks to Fabien Chouteau.