Guard your belongings from prying eyes and be informed!

Guard your belongings from prying eyes and be informed! 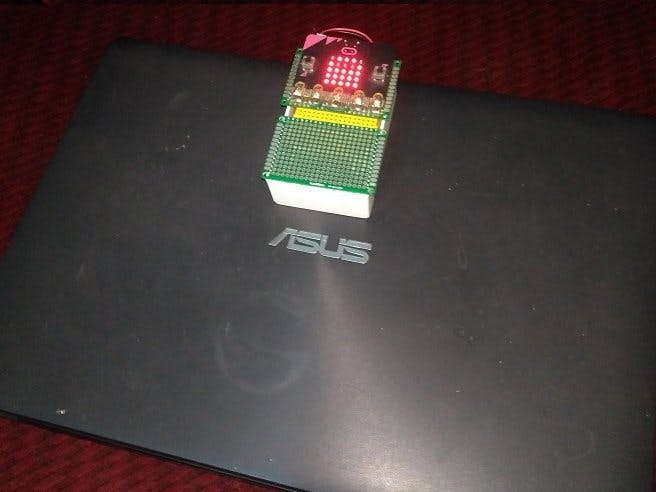 Always Watch Your Back!

You never know who is trying to go through your stuffs! Your notebook, tablet or smartphone - someone sees it and you are not there, they might try to snoop in (although they can't because of your password). But you need to know if people like that is around the corner. Tamper Guard will tell you if someone touched your belongings, someone opened your drawer or unlocked your room door or opened the fridge to steal food!

This device is made with BBC Micro Bit, it requires a PIN/passcode during setup and can Guards your stuff up to a week on a full charged battery!

The Micro:Bit board comes with a 3 Axis Accelerometer (Earth Gravitational Field and Induced Force/Acceleration sensor) and Magnetometer (Earth's Magnetic Field Sensor). There are 2 Buttons A and B for input. So, how do you put numbers inside?

The answer is Virtual Magnetometer Numerical Keypad which has only one physical button A. By rotating the device on a flat surface 360, 0 to 9 digits are generated from the compass heading which tracks the earth's magnetic field.

Selection of digit is done with button A when the desired digit appears on the 5x5 LED matrix display. This way, a 4 digit pin is entered to match the per-programmed pass code. If the PIN code does not match a X appears on the screen, If the PIN matches a check will appear and the device will enter ARMED mode with in few seconds. The device must be placed on a phone, laptop, book, door and should not be moved. A Lock Icon will appear soon - indicating that it's armed.

The accelerometer will monitor for any movement on all three axis. A trip will trigger with 5% of G force detected, which will happen if someone tries to pick up the phone,laptop or tries to open the door of a room or fridge. It will work on any orientation. If trip happens an Unlock Icon will appear on the display.

Building of the device starts with a plastic box to hold a LiPo Battery. This thing might need to work for days, that is where a rechargeable battery with large capacity comes to play.

Battery and charging circuit inside box

Lipo charging is done through an USB mini port. Since USB voltage is 5 volts and full charge LiPo goes up to 4.2 V, 2 diodes are with Vfd of 0.7 and 0.2 volts are used to reduce the charging voltage. This is not a proper way to charge these kind of batteries but will do the job for the purpose of simplicity. There is a blue LED to indicate charging.

A magnet is mounded on the back of the plastic box - it will allow mounting the device on fridges, metal doors etc in a vertical position.

Since working voltage of micro bit can be 3.6 volts maximum, there is another diode to bring down the battery maximum 4.2 volts to 3.5 volts. The output from the battery's reduced down voltage is connected to top battery connector of microbit.

To fix in the box a protoboard and a breadboard is also attached to the micro bit board.

The micro bit is programmed with Microsoft JavaScript Block Editor. Once the code is ready the hex file is downloaded in to a computer. The microbit is connected to the pc through USB cable. A disk drive named MICROBIT will appear, the hex file is copied to that drive to program the device,

In the Block Editor Coding, at first virtual keyboard will take input using compass heading along with press on button A.

Once all the 4 digits of the PIN is taken, the PIN is generated as a 4 digit number. Finally, if the pin matches the preset passcode (here: 1-9-8-7) the lock icon will come and the device is on guard mode until trip happens!

User must set the passcode during programming and PIN has to match it!

This device is a working prototype of an idea at its primitive level. Using the bluetooth inside the board and connecting to a bluetooth IoT system, a true tamper guard can be created. 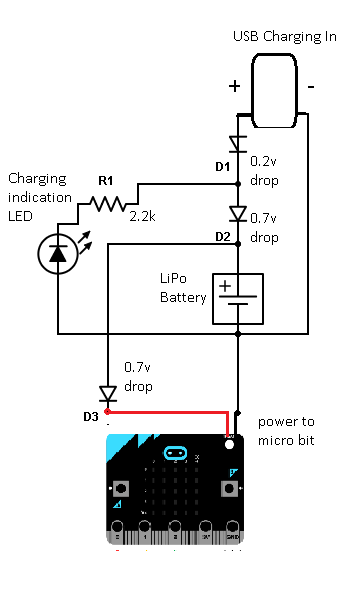 61 projects • 225 followers
"What Kills a 'Great life' is a 'Good Life', which is Living a Life Inside While Loop"
ContactContact