Use micro Python on micro:bit to program your bit:bot robot to retrace a path.

Use micro Python on micro:bit to program your bit:bot robot to retrace a path. 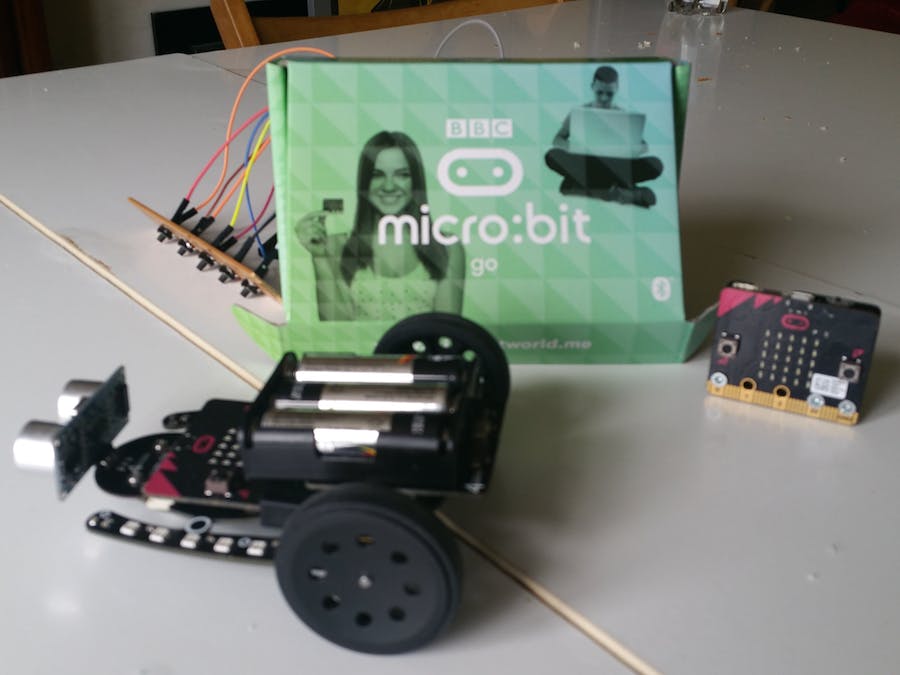 This app does 2 things:

For me on this, nothing. This was a POC for a bigger project I am planning. It would be interesting to have a reverse path option (this was my original idea) - that should be quite easy (although repeating the forward path was easier, hence that being in the first iteration!). Analog out to vary speed would be nice - maybe implemented via a few more 'gears' on tilt.  And of course better Neopixel support.

What is good about this:

Note - I expect that the code will work with similar robots. You may need to make a few minor tweaks to bitBot_PostPath_1.py for each though. The key is that there are 4 pins: 1 forward left, 1 back left, 1 forward right, 1 back right. The target robot is a state machine ;)

Do with it what thou wilt.

Thanks to several people who helped me discover the vagaries of Python. No names though, because I don't want your esteemed reps to be denigrated by my humble scratchings. And also to 4Tronix for giving me a bit:bot :)