A high striker, also known as a strength tester, is an attraction used in carnivals. Here is one make with a Micro:bit

A high striker, also known as a strength tester, is an attraction used in carnivals. Here is one make with a Micro:bit 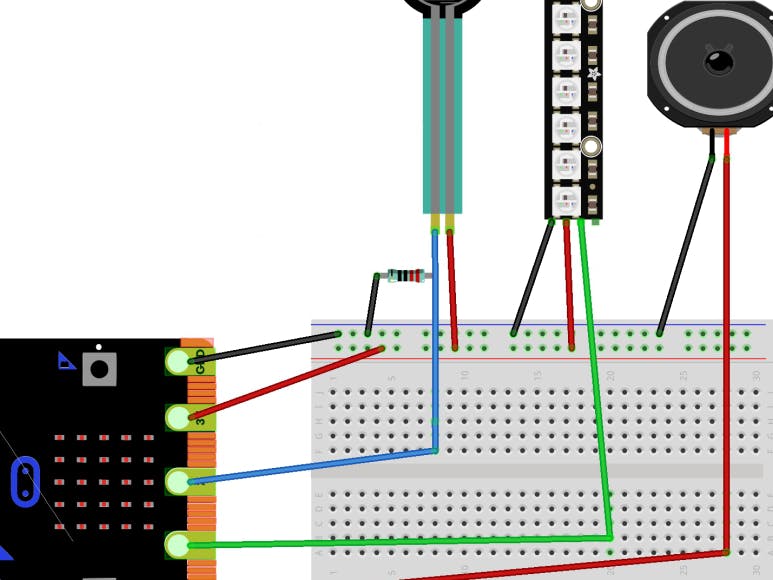 From Wikipedia: A high striker, also known as a strength tester, or strongman game, is an attraction used in carnivals. It operates by utilizing the lever where one end holds a puck attached to the tower and the other end is struck by the person or contestant using a hammer or mallet. The aim of players is to ring the bell suspended on top of the tower. If the lever is struck with enough force, the puck will rise high enough to hit the bell, indicating a success.

I thought it would be fun to create a version of the High Striker on the Micro:bit. To recreate the carnival game, i’ve assembled a pressure sensor (w/ a 1K ohm resistor), a speaker, a Neopixel strip and of course, a Micro:bit. Below is the wiring diagram:

I’m using a 8 LED Neopixel stick to simulate the “puck”. The greater the pressure on the pressure sensor, the more LEDs will light up. If all 8 LEDs are lit, the Micro:bit will play a sound simulating the ringing of the bell. There is a 1K pull resistor used in between ground and the analog sensor on Pin 2. not shown in the diagram, is a bread:bit breakout board on the breadboard to facilitate the wiring.

The On Start block initializes the Neopixel strip with 8 LEDs on Pin 1 and makes sure all the lights are off.

The rest of the program lives within a Forever block. I use the variable, item to contain the amount of “pressure” with an analog read on Pin 2. I am subtracting 3 because in testing, without any pressure, the pin gives a value of 3. If you recreate this project, you might need to use a different number. In testing, the maximum number when I press the hardest on the sensor is about 900. Next, I divide item by 90 so that I create 8-10 steps.  If item is greater than zero, the Show Bar Graph block is ran. The greater item is , the more LEDs are illuminated. If item gets to 7, a tone is played simulating the “gong” of the bell in a real High Striker. Finally, there is a slight delay and the LEDs are cleared for the next input of the pressure sensor.

Cardboard was hot glued to hide the electronics and to mount the Neopixel strip and the speaker. Here it is in action: 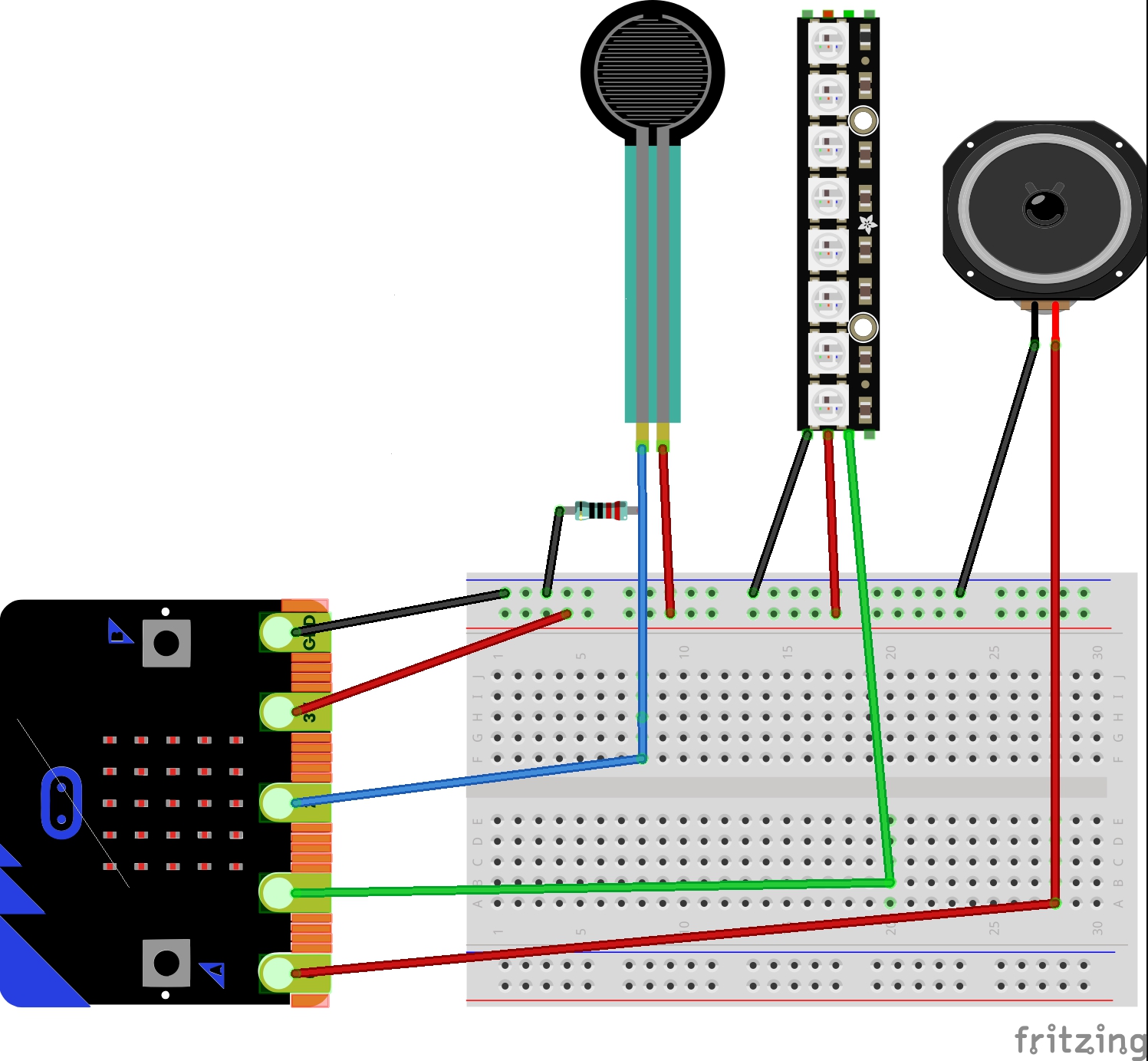