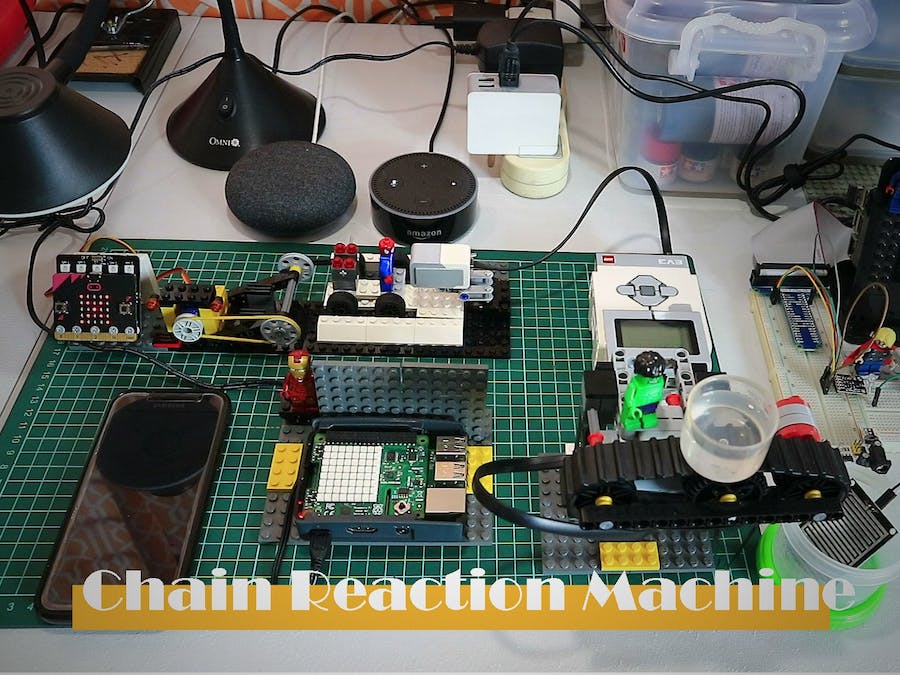 Everything happens for a reason? A short chain reaction machine. :-)

A mobile phone receives a miss call from a particular contact number then triggers the MacroDroid script to play an audio that triggers Google Home Mini to run a routine that triggers Amazon Alexa and turns on the table lamp which triggers the Micro:Bit light sensor to run a small motor to move Spidey closer to a Lego EV3 color sensor that triggers the Lego EV3 Mindstorms brick to run the Hulk's conveyor belt to drop a bucket of water into a moisture sensor that triggers the Arduino Uno to turn on Thor's buzzer and LED light which triggers a light sensor on the first Raspberry Pi running a Python script that when it senses some light it will run a curl command that points to the second Raspberry Pi running NodeRed to trigger Iron Man's scrolling text on a SenseHat and an IFTT webhook to turn off the table lamp.