Learn how to use the infrared receiver (U24) of Snap Circuits to detect input from remote controls with the micro:bit.

Learn how to use the infrared receiver (U24) of Snap Circuits to detect input from remote controls with the micro:bit. 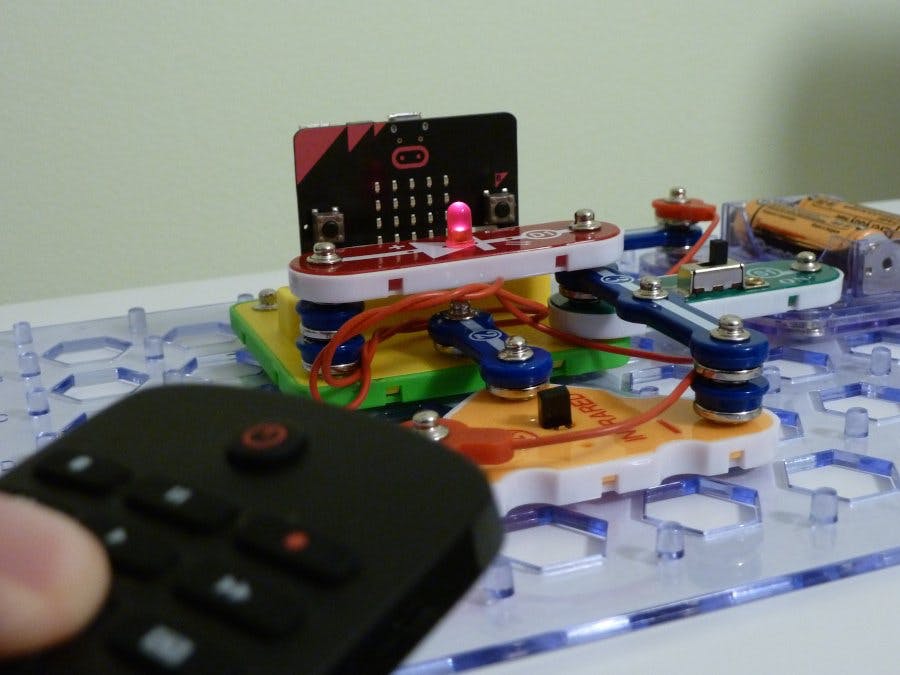 This project demonstrates how to properly connect the Infrared Receiver (U24) of Snap Circuits to the snap:bit board. We will use a standard TV remote control to send infrared (IR) signal to the infrared receiver. The micro:bit will light the Red LED (D1) to indicate that the IR signal has been received.

You can build the code yourself in the MakeCode Editor. You will find the "analog read pin" and "digital write pin" blocks under the Advanced > Pins section.

When you close the slide switch (S1), the Battery Holder (B1) powers the snap:bit through the 3V snap and the micro:bit turns on. In parallel, the batteries power the Infrared Receiver (U24) through the red jumper wire.

The “forever” loop starts. It repeatedly reads the analog input from pin P2 where the infrared receiver is connected to.

Decoding the pulse pattern requires quite some coding, so we will leave it for a future project. In this project, we are just indicating that an IR signal is received if any of the buttons of the remote control is pushed.

The "forever" loop executes very fast - thousands of times per second. When you push a button on the IR remote control, you will see that the LED will flash several times. This is because it repeats the pattern of the pulse sent by the remote control. 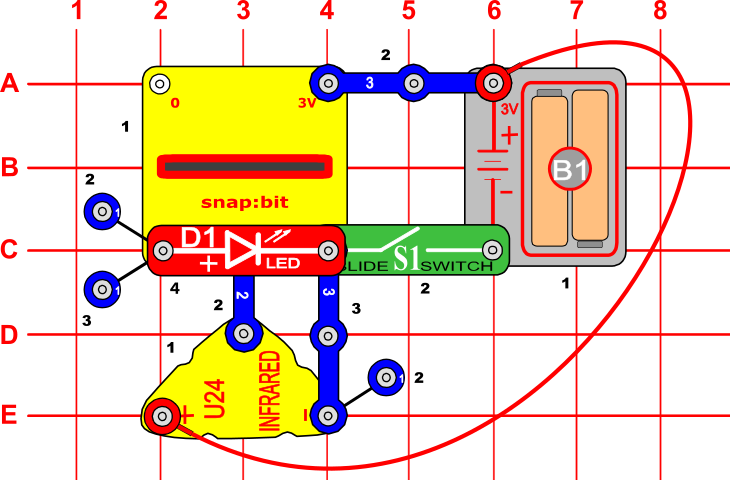 39 projects • 15 followers
I am a software engineer in my day job. I love hacking. I spend half my day repairing my kid's toys. I am the creator of the snap:bit.
ContactContact

39 projects • 5 followers
Hi! I'm Irena a mother of two. I am a homeschooling mom and we like to play and learn.
ContactContact