Learn how to use the radio function of the micro:bit to control remotely the Snap Circuits.

Learn how to use the radio function of the micro:bit to control remotely the Snap Circuits. 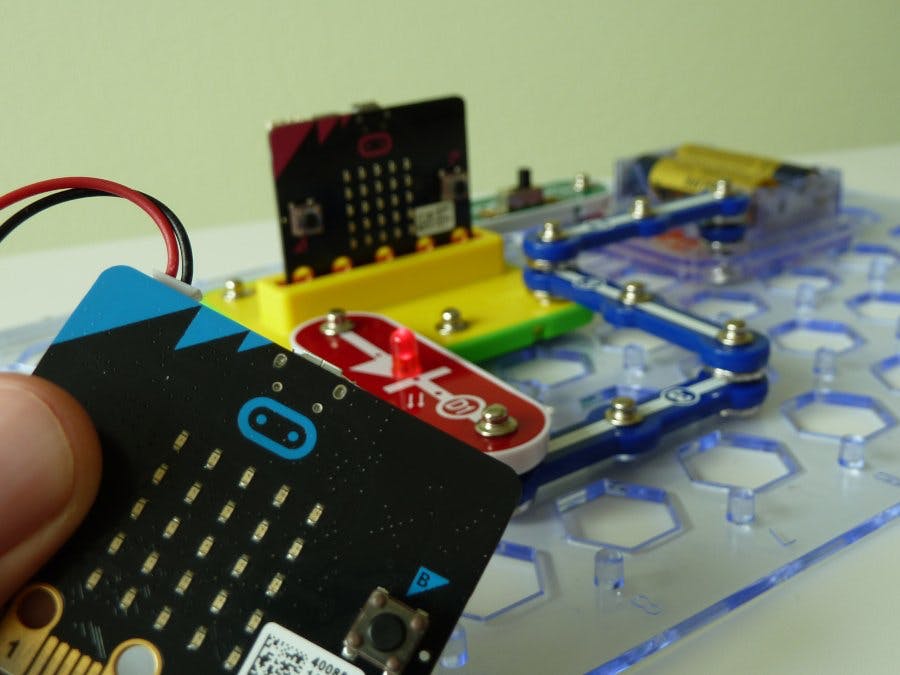 This project demonstrates how to control remotely the Red LED (D1) component from Snap Circuits. It uses two BBC micro:bit - a sender and a receiver.

Pressing the buttons on the sender will transmit a radio signal to the receiver. The receiver is plugged in the snap:bit and turns the connected LED on and off based on the received radio message.

This project is similar to Connect Snap Circuits' LED to Micro:bit. It does the same but uses an additional micro:bit as a remote control.

To keep things simple, the code for this project is the same for both the sender and the receiver micro:bit.

Once ready, download the code to both micro:bits. Then disconnect all cables from one of the micro:bits and plug it in the snap:bit - this is the receiver. Leave the other micro:bit connected to the USB or to a battery pack - this is the sender.

When you close the slide switch (S1), the Battery Holder (B1) powers the snap:bit through the 3V snap and the receiver micro:bit turns on. The “on start” event triggers and the micro:bit initializes the radio and tunes it to group 1.

Powering the sender micro:bit either via a battery pack or through USB turns it on. Its own “on start” event triggers and this micro:bit also initializes the radio and tunes it to group 1.

Now both micro:bits a tuned to the same radio group and they can communicate to each other.

Press button A on the sender micro:bit. The "on button A pressed" event triggers. It sends the number "1" through the radio to the other micro:bit.

Press button B. The sender micro:bit now sends the number "0" to the receiver, which writes it to pin P1. This turns the LED off. 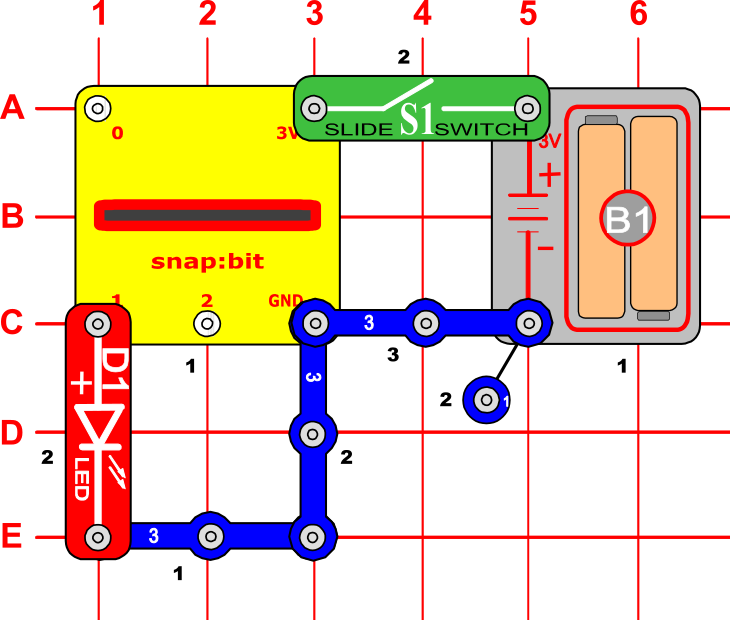