Short of batteries? Power your Snap Circuits from the micro:bit!

Snap:bit - Use Micro:bit as Power Supply for Snap Circuits

Snap:bit - Use Micro:bit as Power Supply for Snap Circuits

Short of batteries? Power your Snap Circuits from the micro:bit! 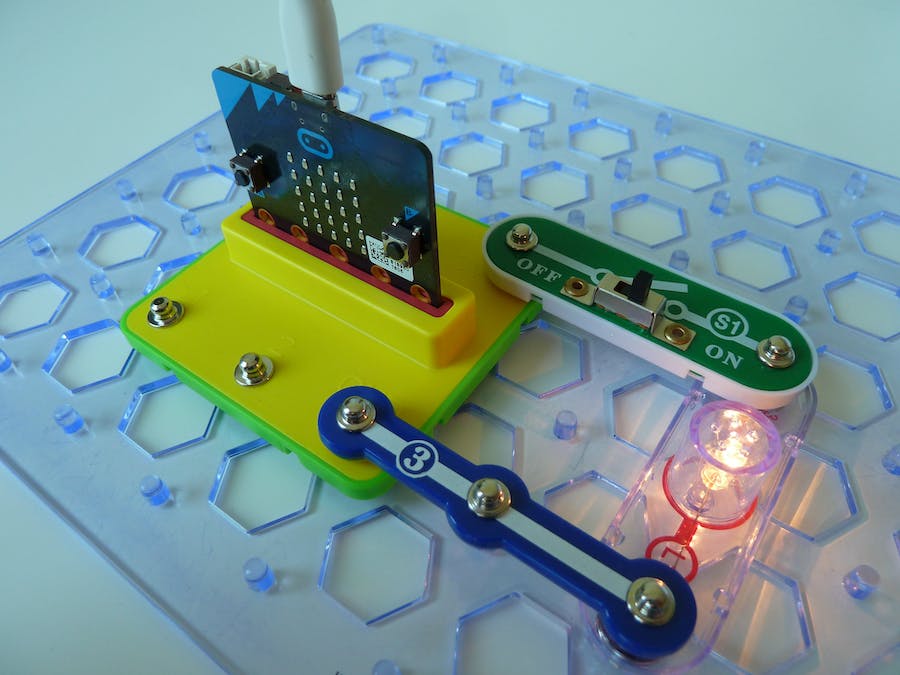 In the previous project we demonstrated how to power the micro:bit from the battery holder of Snap Circuits.

Power the micro:bit on using a USB cable or its own battery.

The snap:bit has two special snaps – 3V and GND, which are connected to the 3V and GND pins of the micro:bit respectively. If the micro:bit is being powered by USB or its own battery, then the 3V pin can be used as a power output to power other components in the circuit.

Note the difference with the previous project where the micro:bit was not powered by USB or its own battery, but we used the Battery Holder (B1) as the power supply. In that case, the 3V snap of the snap:bit acted as a power input instead of a power output.

Powering the micro:bit using the USB instead of the Battery Holder (B1) is useful when you frequently update the code in the micro:bit through the USB. This way it is not necessary to unplug the micro:bit from the snap:bit just for the code update and then plug it back in.

Important! Every circuit powered from the micro:bit must include a resistance (which might be a resistor, lamp, motor, integrated circuit, etc.) between the 3V and GND snaps. You must be careful not to create “short circuits” (very low-resistance paths across the 3V and GND snaps like in the example below) as this may damage the micro:bit, the snap:bit and other circuit components.

Do not short circuit 3V and GND! 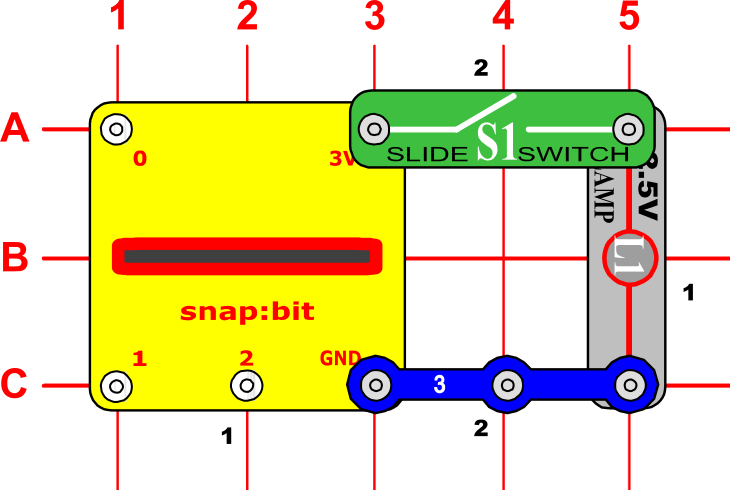 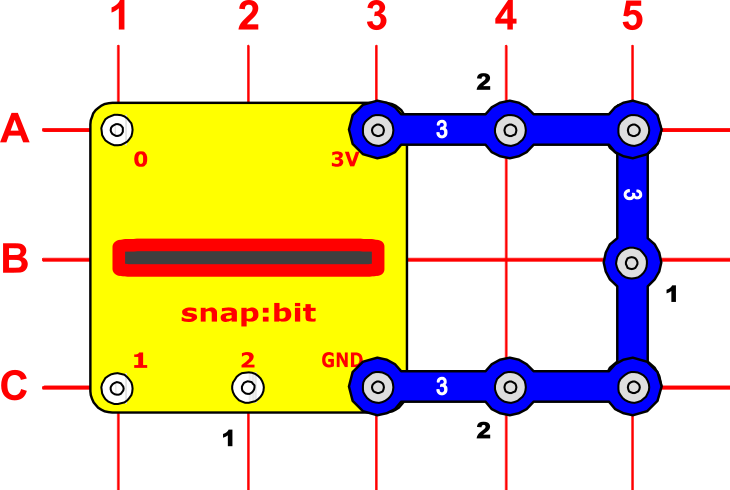 27 projects • 14 followers
I am a software engineer in my day job. I love hacking. I spend half my day repairing my kid's toys. I am the creator of the snap:bit.
ContactContact